O3 labs misinformed us and took away our airdrop

They just asked us to make a transaction for the testnet airdrop. but later they left us out of the airdrop program by saying that wbnb-bnb transactions are not considered as swap. Previously, the admins in the telegram groups confirmed that these transactions were within the scope of the airdrop program, but now they do not give people what they are entitled to and they are trying to make us liars by deleting the old messages they have written. When the testnet airdrop announcement was made over medium, they did not say anything as if the wraps would not be counted. o3swap needs to give our airdrops. 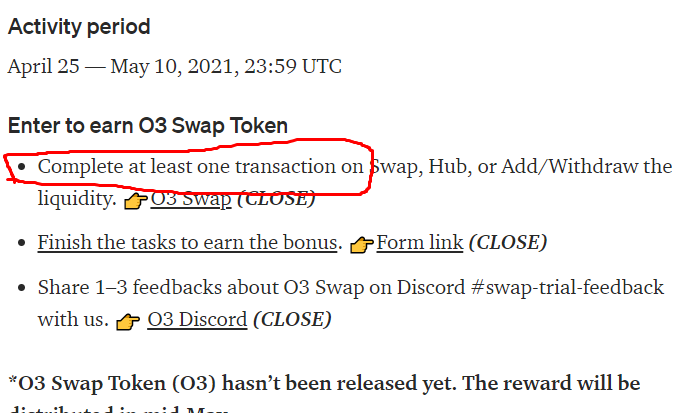